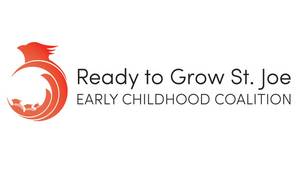 The University of Notre Dame is partnering with Ready to Grow St. Joe to assess the social, emotional, physical and cognitive development of children age birth to eight in St. Joseph County — part of an effort to better inform future health prevention and intervention efforts in the county, where 30 percent of young children live in poverty.

Financed with a $25,000 Community Health Partnerships grant from the Indiana Clinical and Transitional Sciences Institute, the assessment will document the current status of young children in the county and the need for programming and policy to address gaps and promote improved health and well-being.

In addition, it will examine levels of access within certain populations as well as long-term trends in care and education, and it will compare St. Joseph County to other like counties in the state based on population, income, demographics and other characteristics.

“It’s really trying to get the whole picture for our youngest kids in the county,” said Rachel-Fulcher Dawson, associate director of research, policy and communications with the Wilson Sheehan Lab for Economic Opportunities at Notre Dame and part of the Ready to Grow St. Joe coalition, which formed in 2014. “Where is the gap of what we have versus what we want to have?”

Fulcher-Dawson, in her role as an affiliate of the Institute for Educational Initiatives at Notre Dame, has been tapped to co-lead the project with the help of an undergraduate student in Education, Schooling and Society, an interdisciplinary minor that examines the role of education using the tools of the liberal arts and social sciences.

The needs assessment will involve two types of data:

• Secondary, or existing data from sources such as the U.S. Census Bureau, Department of Education, Department of Health and Human Services, Management Performance Hub and local governments, schools and hospitals.

• Primary, or newly collected data from narrowly drawn focus groups composed of parents, teachers, nurses and others with direct, immediate contact with young children and from a broader stakeholder survey.

A coalition of stakeholders dedicated to positive early childhood outcomes in the county, Ready to Grow St. Joe will support the assessment by drawing on its network of nearly 100 community partners, from banks, churches and hospitals to nonprofits, elected officials and post-secondary schools, including Notre Dame.

“We’re trying to identify the barriers to children and families being successful,” Emily Rupchock, coordinator for Ready to Grow St. Joe, said of the project. “So from there we look at factors such as mental health resources, access to quality early childhood care and food and housing security.”

A limited “Early Childhood Education and Care Assessment” for St. Joseph County was completed in 2005. Otherwise, the county last fully assessed the needs of its youngest residents in 1993, before the dawn of the Internet.

Since then, the landscape has changed in the county, with new federal, state and local policies around child care and education, the introduction of “Paths to Quality,” the state’s Quality Rating and Improvement System for child care, and the onset and aftermath of the economic recession, among other developments.

“A lot of things have changed on the policy level, on the program level, on the demand level,” Fulcher-Dawson said. “And we have more information from research about the benefits of high-quality programming for kids.”

In fact, she said, “unlike a lot of research areas, there is not a lot of dispute about the short- and long-term benefits of investment in early childhood” initiatives.

According to a 2014 analysis by the President’s Council of Economic Advisers, investment in early childhood education alone narrows the achievement gap, boosts a child’s earnings later in life with positive implications for health, public safety and tax revenue and “strengthens parents’ attachment to the labor force,” increasing household income.

“Expanding access to quality early childhood programs offers a win-win-win opportunity for program participants, their parents and society as a whole,” the analysis concluded.

While the data ultimately will tell the story, certain needs are evident, Rupchock and Fulcher-Dawson said, including more accredited teachers to meet the demand for quality pre-K education and more quality preschool options in general as the state moves closer to universal pre-K.

“We know that there is a teacher shortage. It’s pretty extraordinary,” Fulcher-Dawson said. “People talk about it at the K-12 level, but it’s even more extreme at the pre-K level. It has a really high exit rate. We have a hard time retaining teachers because their wages are right at or below minimum wage.”

Ivy Tech Community College in South Bend offers an associate’s degree in early childhood education, and a handful of local colleges embed early childhood into other degrees like elementary education.

But no four-year public colleges in the county offer accredited early childhood degrees, Fulcher-Dawson said, “so how do we get teachers that are qualified if we don’t have any programs locally?”

“A stronger continuum is really needed to provide a sufficient pathway for emerging teachers in the field,” Rupchock said.

Beyond that, Rupchock said, “We expect to see some pretty large disparities in mental health” related to access, quality and outcomes for certain groups based on race, ethnicity and/or income and compared with the general population.

“That’s one thing we really hope we can capture,” Rupchock said of the mental health picture, adding, “Families are a lot more complex these days, and many children suffer from behavioral issues and other problems as a result.”

Rupchock and Fulcher-Dawson hope to complete the assessment by the end of the year.

After that, they said, the results will live with Ready to Grow St. Joe, where they will help to inform decision-making around issues of care and education and to influence policy at the state, local and national levels.

From a programming standpoint, that will almost certainly involve the consolidation of services to conserve resources and avoid duplication, Rupchock said.

“There are so many resources locally and so many service providers, and there is a lot of duplication across the board,” she said. “So one of the big goals is to condense some of that, reduce duplication and ensure local efforts are driven by data.”

As far as access, Ready to Grow St. Joe hopes with additional funding to make the data available both online via a “seamless digital interface” and in print, Rupchock said, recognizing that not everyone in the community has ready access to the Internet.

Rupchock described the decision to partner with Notre Dame and Fulcher-Dawson on the project as “natural.” Both have a long history of involvement with Ready to Grow St. Joe, she said, and Fulcher-Dawson is a “leading early childhood policy expert.”

“It was important for Ready to Grow to not only have a research expert working with us, but one familiar with the niche of early childhood,” she said.

She added, “We’re thrilled to see this project move forward. It’s been a long time coming, and I think this partnership will indeed make it very successful.”

Originally published by Erin Blasko at news.nd.edu on May 09, 2018.