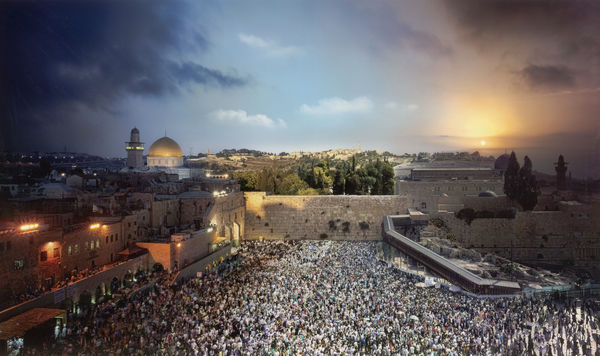 Wednesday April 22nd, internationally renowned photographer Stephen Wilkes is speaking at the Snite Museum of Art on Notre Dame’s campus at 5:30 p.m. Wilkes has photographed a number of series, including: a collection of images featuring Ellis Island, diverse images of China, and Wilkes has produced photographs for a number of firm’s advertising campaigns. Wilkes’ most recent project has been a series of Day to Night photographs which are large-scale, time-lapse panorama images which feature a prominent landmark or location photographed over a period of 12 to 15 hours. Wilkes captures between 1,200-1,500 images from a single camera angle, and pairs them down to 50 photographs which he merges into a single image.

Wilkes features well known events and locations in his Day to Night series. Several of his famous images include the Eiffel Tower, Trafalgar Square, Coney Island, Wrigley Field, Macy’s Thanksgiving Day Parade, and President Barrack Obama’s 2013 Inauguration. The Snite Museum is fortunate to hold within their collection another of Wilke’s iconic images depicting Jerusalem’s Western “Wailing” Wall packed with pilgrims. This image will be on display during Wilkes’ talk on the 22nd.

To capture the composite image, Wilkes arrives before dawn and positions himself approximately 50 feet above his subject, commonly sitting up in a crane. Once settled, Wilkes does not move for the ensuing 12-15 hours, and receives meals from a bucket pulley system. Once the images are captured, the editing process can take several months to complete. Wilkes splices select sections of the images he captures throughout the day and collapses the moments into one.

The Snite Museum staff has expressed interest in producing a Day to Night image of Notre Dame during a home football game to capture the excitement and bustle of game day. Wilkes’ lecture is free and open to the public. For more information, please visit sniteartmuseum.nd.edu.