BY GENE STOWE, FOR NDWORKS

A recycling initiative at the Morris Inn has delivered some 125 pounds of unused shampoo and 86 pounds of soap – gathered one little bottle or bar at a time – to a United Way program that distributes the goods to local food pantries.

Organizers hope to boost collections during football season and eventually spread the project to other local hotels. Housekeepers simply drop leftover toiletries they collect from rooms into a bucket rather than into the trash.

“We collected used shampoos and conditioners and used bar soaps,” says Sheila Breining, housekeeping lead at the Morris Inn. “It’s at least one five-gallon bucket per month. I’m anticipating with October being busy like it is, it might be two buckets.”

When the bucket is full, Breining calls Andy Boes, a junior political science major from Seattle, Wash., who is hall president at Dillon Hall.

Boes, who interned with United Way of St. Joseph County last spring and is interning again this fall, launched the project to support the agency’s People Gotta Eat initiative with a group of area food pantries.

Last year, Boes ran a program that encouraged students to use their expiring flex points to purchase such goods at The Huddle. Then he arranged to start the program at Morris Inn.

“Dillon Hall is collecting the items and delivering them so United Way doesn’t have to pick them up,” he says. “They call m 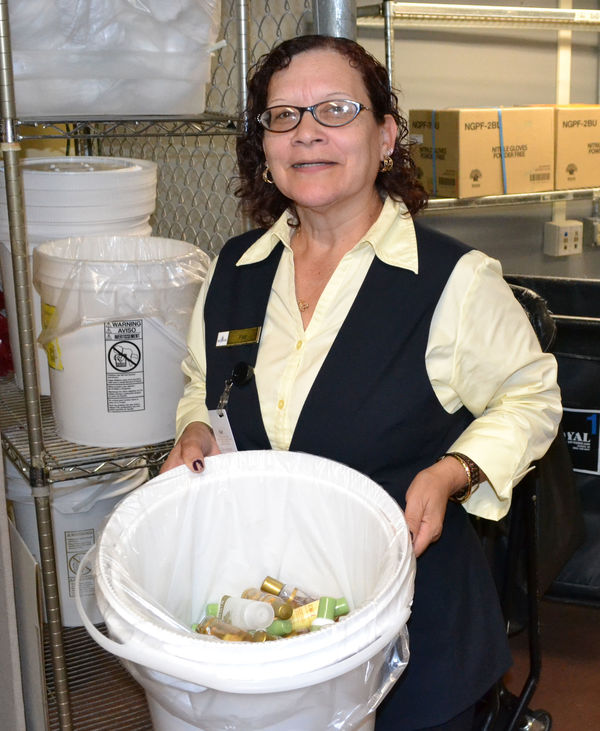 e once the buckets are filled. I pick it up and it’s still in the bottles.

“Some of the food pantries that get it in the end combine bottles. The end user that picks it up from the pantry hopefully would recycle the plastic.”

Karen Sommers, United Way’s vice president of community investment, says the goods address a growing need in the community, where 20 percent of people coming to food banks have not used the services before.

“You can’t use food stamps for personal care products, and if you’re low on money and trying to pay your rent or utilities, it is often something that is put on the back burners,” she says.

Of the 17 food pantries collaborating in People Gotta Eat, the Food Bank of Northern Indiana AIDS Ministries, Catholic Charities, Church Lady and Friends, Share Your Blessings and Southgate Food Pantry have signed a memorandum of understanding with the university to receive the goods.

The program started in May. To support it across the summer, Erin Hafner, sustainability program manager in the Office of Sustainability, arranged for interns to handle the pickup and delivery.

“We’re real excited to be involved,” says Hafner, who met with Boes and Jessica Brookshire, associate director for public affairs, to set up the summer work.

“What we’re doing for our office is tracking the weight of these products that we’re removing from the Morris Inn that would typically go into our waste. We’re including it in our recycling number.”

Boes, who hopes to have a career in the nonprofit field, plans to use the numbers as he markets the initiative to other local hotels to boost supplies for People Gotta Eat.