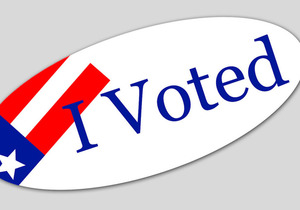 The numbers of student voters at the University of Notre Dame rose nearly 20 percentage points in last year’s midterm elections, according to the new 2014 and 2018 Campus Report from the National Study of Learning, Voting, and Engagement (NSLVE).

The Campus Report is the only national study of college-student voting and is based on the voting records of more than 10 million students at more than 1,000 colleges and universities in all 50 states and the District of Columbia. The percentage of Notre Dame students who voted in 2018 (37.1 percent) was slightly lower than the national average (39.1 percent) and average for comparable private, research-focused universities (41.2 percent). Students studying law and in majors associated with the College of Arts and Letters showed the highest levels of voting. The majority of Notre Dame students voted absentee or via early voting, reflecting the broad geographic diversity within the student population. The full campus report can be viewed here.

The report is part of NSLVE, conducted by the Institute for Democracy and Higher Education at Tufts University’s Jonathan M. Tisch College of Civic Life and led by director Nancy Thomas. Thomas will visit Notre Dame Nov. 5-7 to participate in various events with students, faculty and staff with the aim of further enhancing civic learning at Notre Dame, which will host the first presidential debate in 2020.

Originally published by Daily Domer Staff at dailydomer.nd.edu on November 06, 2019.