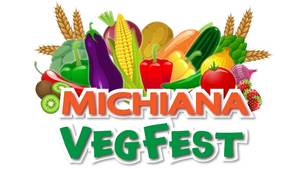 The University of Notre Dame and Campus Dining are among 14 sponsors of Michiana VegFest, an upcoming vegan food festival timed to coincide with National Nutrition Month in the U.S.

Based on similar festivals worldwide, the free one-day event will feature products, vendors, lectures, demonstrations, activities and other resources for existing and would-be vegans.

“The festival is designed for those who are vegan to come and learn something new or for those who are thinking about transitioning to a plant-based diet to learn more about it,” said Karen Sommers, director of the Ornish Lifestyle Medicine program at Beacon Health System in South Bend, a co-sponsor of the event, and a vegan herself.

Developed by physician and researcher Dean Ornish, the Ornish program stresses plant-based eating in addition to exercise, stress management and group support as a way to prevent or reverse heart disease based on years of research.

“If somebody has heart disease, we know that if they can transition to a low-fat, plant-based diet that they can stop the progression of the disease and often reverse it,” Sommers said.

At the same time, she said, “We know that if you consume meat and other high-processed, high-fat foods, instances of cancer, diabetes, all kinds of other diseases increases.”

Still, persuading lifelong meat eaters to switch to veganism is no easy task, Sommers said, particularly in parts of the country with deep agricultural roots.

“Many of us grew up in the Midwest, not on the East Coast. So we grew up eating lots of meat, sometimes three times a day. So when people first hear they’re going to give up meat and fish and poultry, it’s just hard for them to understand that they’re going to eat so much more than just lettuce or rabbit food,” she said.

Jocelyn Antonelli, nutrition services program director for Campus Dining, said, “From a nutrition standpoint, (veganism is) one of the healthiest diets around. So hopefully, if nothing else, we can get people to open their minds to a diet that’s good for their health.”

To that end, the festival will showcase the array of local flavors and options for plant-based eating with samples and demonstrations from chefs, vendors and grocers plus related information about the nutritional benefits of a vegan diet.

Beyond that, it will focus on plant-based eating as a way to reduce demand for animal agriculture, which destroys natural plant and animal habitats, makes excessive use of water and contributes to global warming and water pollution.

And it will promote veganism as a compassionate approach to eating that recognizes the value of all living things, not just humans.

Starting with a single event in Toronto in 1985, the VegFest movement has grown over the past three decades to include hundreds of annual festivals worldwide, from Peru and Israel to South Africa, India, Japan and Romania.

Though independently organized, each event shares a common mission: To promote plant-based, healthy, ethical and sustainable living with food, speakers, products and general resources and information for discerning eaters.

The first of its kind in this area, the event here evolved from Taste of Health, a plant-based food festival organized by Beacon Health System that drew 130 people to downtown South Bend in 2017.

Notre Dame was involved in that event as well — part of an overall effort by Campus Dining to better educate students, faculty and staff about the benefits of a plant-based diet that includes “Menus of Change,” a shared initiative of the Culinary Institutes of America that celebrates a “plant-forward” menu for better health and environmental stewardship.

Like Taste of Health, VegFest will feature an array of vendors and presenters, but on a much larger scale.

“We plan to have 40-plus vendors there, so it will be a full day for everyone,” Sommers said.

Presenter Richard Collins, the “Cooking Cardiologist,” will offer additional cooking demonstrations at Siegfried Dining Hall at Holy Cross College and North and South dining halls at Notre Dame during lunch on March 26 (Monday), the day after the festival.

Originally published by Erin Blasko at news.nd.edu on March 15, 2018.